On April 13 and 14, 2019, Centro Yanachaga celebrated its 30th anniversary with a big party at Hacienda Yanchaga near Huancabamba. Many people were involved in the organisation of the festival. In addition to the pupils, many officials and friends from Huancabamba, Oxapampa, Lima and Germany were invited. 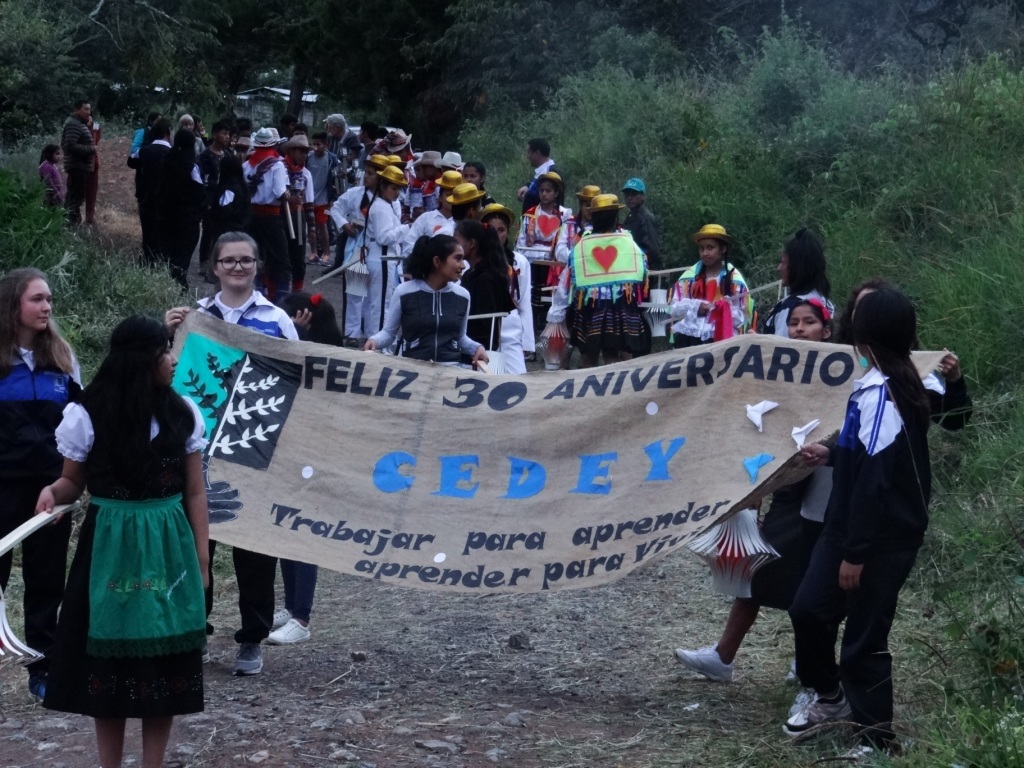 The start of the procession

On the first day there was a torch-lit procession through Huancabamba with musical accompaniment on the late afternoon, followed by a series of artistic performances (dances, poetry recitals, student choir, guitar recital with pan flute) on the Hacienda sports field and the inevitable “Chicateca” (discotheque) for everyone at night with deafening music (for the chicos and chicas this is obviously indispensable). 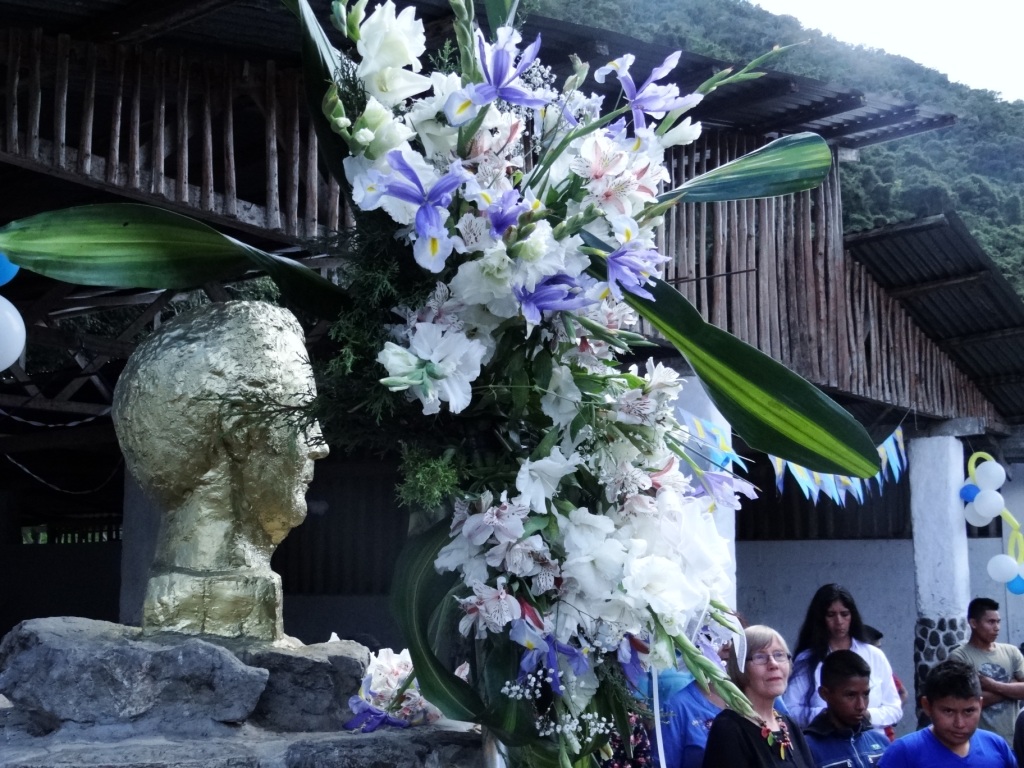 The second day began with a service in the chapel, followed by a “Romería” (tribute) to the founder of the project, Rolf Schlegel, and an award ceremony for the winners of a drawing and painting competition. 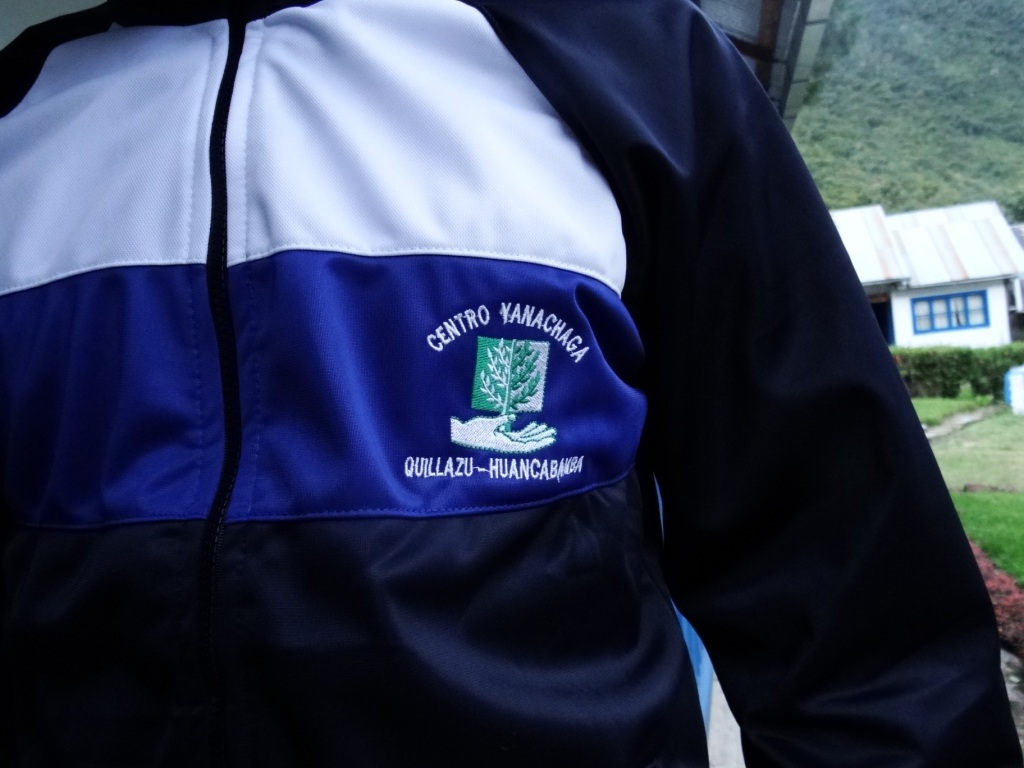 The Peru-Aktion also presented to all pupils new sportswear with the project logo.

All attendees enjoyed the traditional “Pachamanca” before other dances were performed on the sports field, including a traditional dance from the Puno region by the girls from Quillazú and a marinera dance by the boys, led by their trainer, Sr. Martin Advinula Vargas (who, incidentally, is the police chief of Huancabamba). 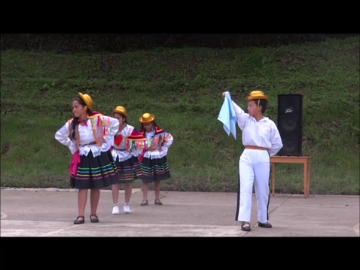 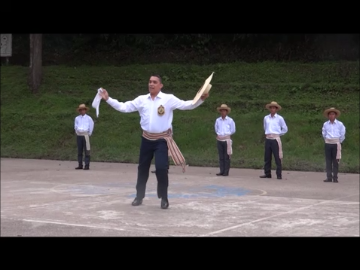 The Marinera (please klick into the foto to see a video) 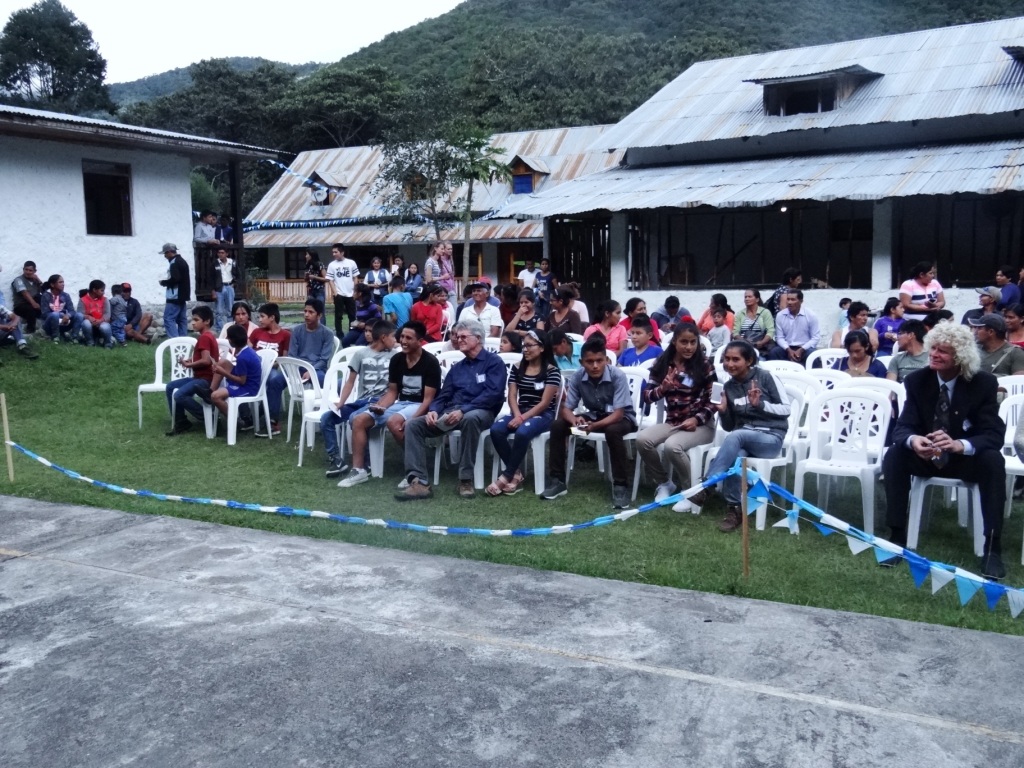 The crowd seeing the Bingo

The festival was concluded with great participation of the population by a bingo event with very attractive prizes (1st prize: a young breeding bull, 2nd prize: a television, 3rd prize: a gas kitchen stove, 4th prize: a reproducible ram).

The preparation and realization of the celebration certainly required a lot of time and commitment of the participants and they all deserve a big thank you. The visitors from Germany, Ulrich Hemer and Ditmar Wiegmann were very impressed by the cheerful and friendly company.